Capitalism is awesome! Your need will be fulfilled by competing companies for the lowest price and highest quality.

Well, anyways, back to the reality. I accepted that many spare parts are not available anymore in local shops like they used to be in 90’s and early 2000’s. I even accepted I have to order from the EU shop and not a national eshop.

But what irritates me is Aliexpress poisoning the results. What are they thinking? That I would buy from them after what I’ve seen? Haha, fuck you Aliexpress.

There is scenario when I would buy - guaranteed no fakes and reasonable quality. But they disappointed me when I bought spare earpads for headphones. This is not a way to treat a customer. Comments warned about quality, but I risked it. Not like I had a choice. Relatively cheap sensors and microcontrollers were good though.

Apparently Omron switches for computer mice are in high demand as they are used in a lot of them. No reason to buy possible fakes. Mine were rated for 10 milion clicks and I think I clicked that much and needed at least the same rating.

In the end I bought from https://eu.mouser.com/ and of higher quality than Razer used originally in Razer Abyssus. New ones are made in Japan instead of China and guys on Reddit said their lifetime is definitely much better. 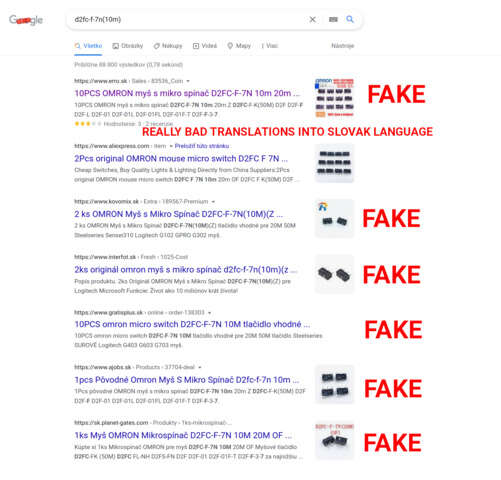 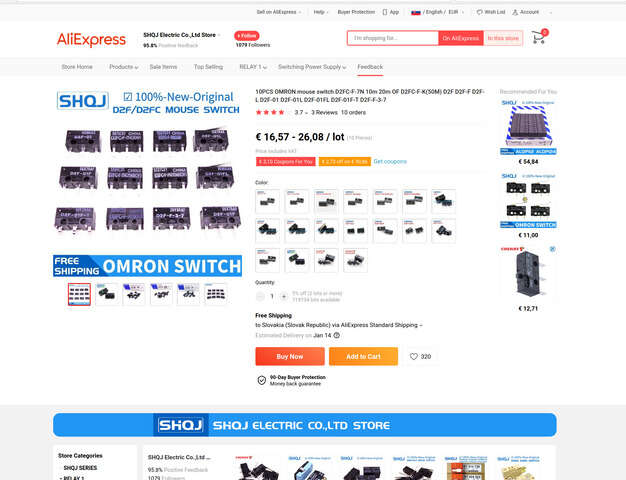 Got redirected to Aliexpress, there is no eshop

And in this case I had to search through multiple sites and queries to find proper shops. What I would imagine are not fake shops, but references to reddit, various forums and multiple shops.